Gnashing My Teeth, In Church

I lost my temper in Sunday School today.

Because I was muted, nobody heard my tirade except my husband. Thankfully.

But I have a glass face: my emotions are broadcast. So the woman who made the unfortunate comment (someone I love and respect) apparently saw me raging and asked if she had said something wrong.

No, my friend, you didn’t say anything wrong at all. I apologize for making you question whether you had. All you said was “Supreme Court.” But “Supreme Court” triggered me. 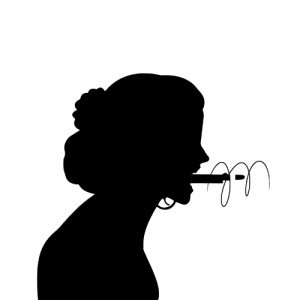 Thing is, I’m furious over the SCOTUS decision Thursday night to allow Alabama to put an intellectually disabled black man to death in a particular brutal, barbarian way.

When I saw Trump stacking* the Supreme Court, it terrified me. SCOTUS is the last word in the United States, and a court dominated by cis, white, straight, “Christian” men (and one unqualified woman who drinks the Kool-Aid) doesn’t bode well for the rights of women, POC, LGBTQIA+, disabled, or any marginalized group. Especially when at least two of the justices are credibly, publicly accused of sexual assault.

And we all know one of them has a temper. Hey! I could totally have used his contorted face as my image of rage, rather than a generic stock silhouette!

Hamm v. Reeves is exactly what I feared. SCOTUS voted 5-4 (Barrett voting with the liberals) to allow Alabama put a man to death using a method so painful that Justice Sonia Sotomayor in 2015 called it the “chemical equivalent of being burned at the stake.”

But it’s worse than that: Reeves had an intellectual disability. His IQ was estimated at 60 (nobody bothered to do a full IQ test, so it’s only a estimate). He was what we used to call Mentally Retarded**.

In 2002, back when we were a kinder, gentler nation who believed everyone has rights (not just cis, straight, white, “Christian” males), SCOTUS said “death is not a suitable punishment for someone with an intellectual disability.”

But in 2021, voting “along party lines” (even though we all pretend to believe Justices are not political), Trump’s stacked court pretty much reversed that ruling, insuring that Reeves was going to die.

The decision handed down Thursday was about whether Alabama would kill Reeves in a humane way or whether the state could torture him to death.

It hinged on the fact that Reeves (who reads at a first grade comprehension level) failed to follow instructions written in legalese at an eleventh grade level. SCOTUS decided the minor fact that he couldn’t read the instructions was no excuse for not following them.

Frankly, I don’t even know what my friend in Sunday School said. The moment I heard “Supreme Court” I was raging (on mute). Raging over the fact that the highest court in the US made it official that disabled people don’t have the same rights the rich, white, cis, straight, “Christian” men on the court have. Or even the same rights I have as a mostly-abled white woman.

Disabled people have long been treated poorly because of an underlying belief that they are “sub-human organisms, and SCOTUS just confirmed it.

My husband didn’t know what I was talking about. He keeps up with the news, reads at least three different papers regularly. And as parents of two children with disabilities (one of whom has an IQ similar to the man killed in Alabama Friday), we are especially attuned to disability issues. But he had not heard about the SCOTUS decision.

As the Sunday School class was wrapping up, my friend sent a direct message asking what she had said that upset me. When I told her, she was appalled. She also had not heard about the decision.

As a former reporter, I understand why. News is defined as a “change in status quo.” That is, something that happens all the time isn’t newsworthy. That’s why we often don’t hear about mass shootings any more–it takes a significant number of deaths to be noteworthy.

To be news, the event has to be unusual or new. And we all know a disabled black man being put to death because he didn’t follow instructions he was literally incapable of understanding is nothing new. That IS the status quo.

THAT makes me even more livid.

** Yes, I know, we aren’t supposed to use the R word, and I support that movement. Unfortunately, many people do not know the socially acceptable replacement. I myself cannot keep up with the current usage. Is it still “cognitively disabled”? Also, I am using the R word in a clinical sense, not as a derogatory statement. I personally do not believed it is an insult to call someone cognitively disabled.