Today is my first Mother’s Day without a mother. Mom died in September of Covid. 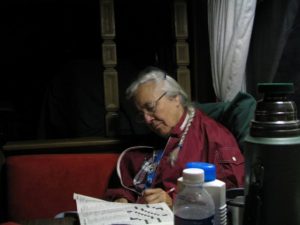 I actually thought it might be easier in a way after she was gone because she would be unable to inflict any new hurts.

For my entire adult life, she’s made a point of telling me every few years that she likes me and enjoys being around me because I make her laugh, but she doesn’t approve of me.

The last time she did it, I had to bite off the inclination to reply, “Don’t worry, Mom. I never forget…not even for one tiny moment…that you don’t approve of me. I will never in my life, not even once, not even briefly, entertain the possibility that you or Dad might ever offer love and approval. I know better.”

I knew I wouldn’t miss those conversations. And in truth, it has been a bit of a relief to know she will never say it to me again.

What I didn’t realize is that hope would also die when she did.

It was never much of a hope. I knew she’d never change. She didn’t like me from my first few days of life (I wasn’t the kind of baby she wanted—fortunately for her, my little sister, born two years later, was exactly the kind of daughter she wanted). Our teenage years were tumultuous, and though we became good friends after my first child was born, I knew that she would always be ashamed of me as a daughter.

But it was still a hope, albeit a very small one. While she was alive, there was still a possibility, however remote, that at some point, eventually, she would come to value me as a daughter.

The loss of my mother meant I also lost even that small hope. And the loss of hope is a wound that might never heal.