Covid, Mom, and Two Pricks at an Elevator

Yesterday I walked up to an elevator and joined two young men—very buff, early 30s, old enough to know they aren’t invincible—who were waiting. Though the building we were in requires masks in all public spaces, neither were masked.

“Just to let you know,” the blond said with a so-there! attitude. “We aren’t going to wear masks in the elevator.” 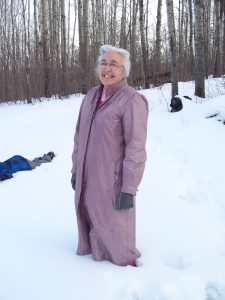 My funny, big-hearted, scrabble-champ, accordion-playing, life-loving, beloved Mom. I am still very much raw and grieving. So what I saw in these two belligerent anti-maskers were the faces of the people who kept this virus alive in the population and killed my mother.

“My mother died last week from Covid,” I said. “I’ll wait for the next elevator.”

The other set of doors opened before they could respond, and the blond marched into the elevator. The darker-skinned, darker-haired of the two (he looked Hawaiian to my untrained eyes) motioned toward the open doors, “Do you…?”

I shook my head. “You were here first. I’ll wait for the next one.”

He hesitated for a split second. Apparently he was better raised than the rube he was with. Slightly. But his friend was waiting, and I wasn’t budging, so he entered the elevator and disappeared.

In the next few days, I’ll write a post about my mother. I’ll try to give you a sense of what a wonderful person she was and tell you a few stories. No doubt I will weep while I write it, and probably smile and chuckle a bit too (she was hilarious). But it’s too soon. I’m not ready to deal with the loss just yet.

All I can think about today is what I wish I had said to those two men at the elevator bank:

“You guys want to put your own and each other’s lives at risk? Go right ahead. Darwin can sort it out. But there is no way in hell I’m getting into that enclosed space with you two monsters.”