Covid in the House, Day 6

Quick update: today marks the sixth day in a row that I’ve tested negative for Covid, not counting the PCR test I did Friday at the clinic (also negative). I am still sick, but recovering. 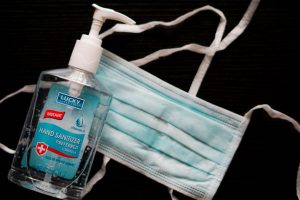 Mars is officially allowed to be in public again as long as he is masked since 1) it’s been six days since the onset of symptoms, 2) he hasn’t had a fever for the past 24 hours, and 3) he tested negative today. He’ll sleep five more days in the guest room though, just to make sure.

Girly Girl is also getting better and plans to return to work Wednesday. We feel so lucky. We are so grateful.

Omicron has hit Alaska hard. Our case rate today is 1771 out of a hundred thousand (note: one hundred is high). The health care industry is really struggling to keep up. The company that runs Fairbanks Memorial Hospital said 46 staffers were out sick Friday—the highest number since the pandemic began.

If you haven’t already, get your vaccinations and booster shots.