My Path to a Diagnosis

Two days ago I was diagnosed with ADHD. I am sixty. 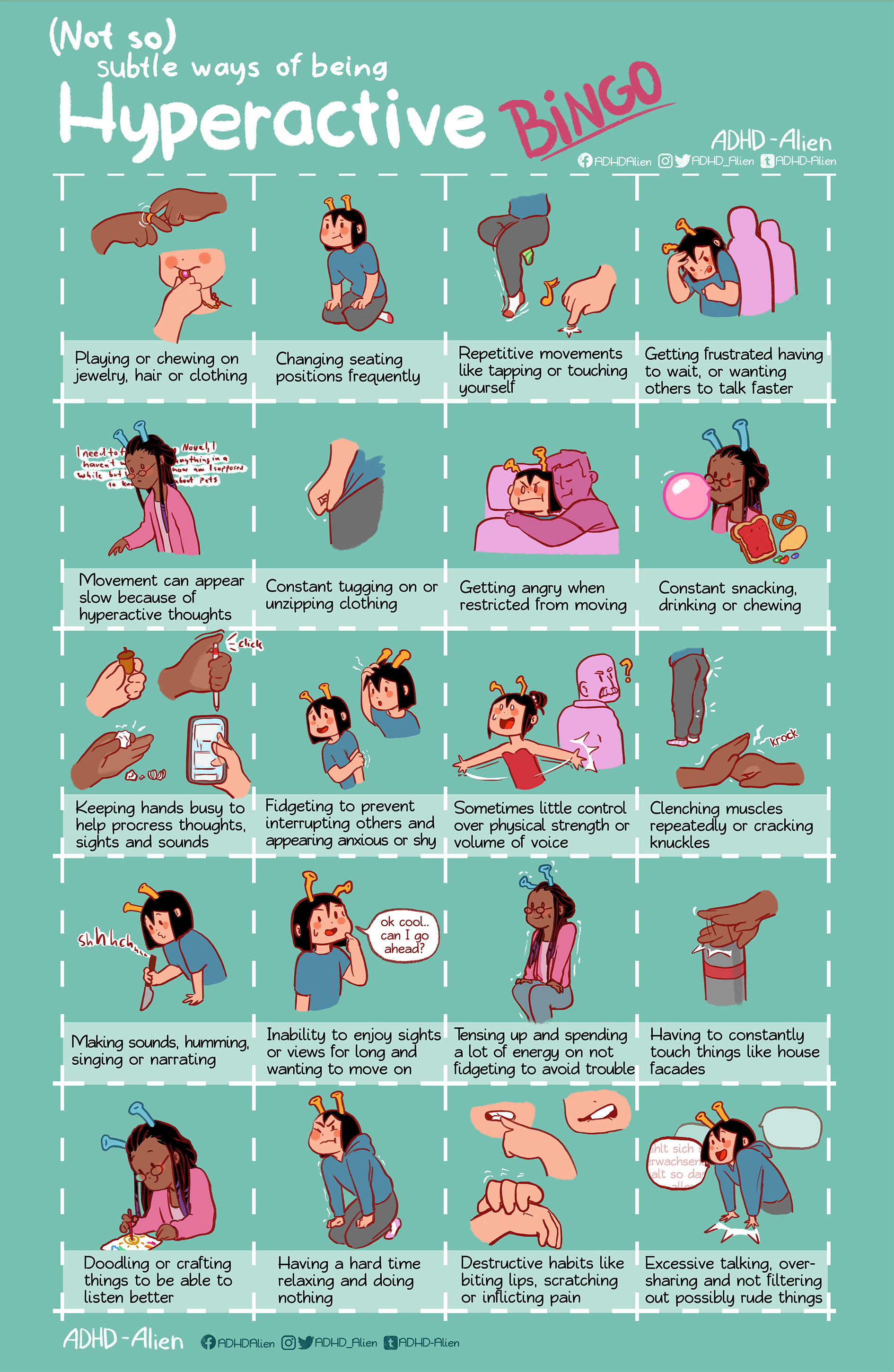 A friend of mine retweeted this meme November 18 with the comment, “I do not have a formal diagnosis. And yet, I just scored a blackout on this BINGO card.”

Just for hoots, I did the card myself. And…OMG> I scored a blackout also. It never occurred to me I might have ADHD.

Then another friend, a woman I have an enormous respect for both as a person and as a writer…oh, heck, who am I kidding? I totally have a crush on her. Anyway, this writer shared that she was diagnosed in her late 40s. “Lifechanging,” she said.

But it seemed like ADHD articles kept popping up (I know, algorithms). When I clicked on a blog post about Rejection Sensitive Disphoria, I found myself reading about one of my most characteristic traits. And I knew I needed to at least look into the possibility.

The next time I saw my counselor, I asked if she thought it was worth testing for. I had only seen her a handful of times, so I expected her to say she had no idea.

Instead, she said, “You know, the first time we met, I made a note to ask if you have ADHD.”

She recommended I look at DIVA (Diagnostic Interview for ADHD in Adults). It was eye-opening. By my uneducated, inexperienced attempt at scoring it, there was no question in my mind. I have ADHD.

Last week, she and I spent an hour going through the last of the questions. Though I had already looked at the DIVA in depth, and though I had little doubt as to the outcome, it was excruciating.

See, to get an ADHD diagnosis, the telltale characteristics have to have exhibited before the age of twelve. When a provider is doing these interviews with an adult, they prefer to have a relative present, or someone who knew the patient as a child. But my father is dead, and my mother has memory loss. I asked my sisters some specific questions that I wasn’t sure about, but none of them said they remembered me as a child.

So we spent the hour digging up my painful experiences, detailing the myriad of characteristics my mother hated in me. By the end of the session, I was that broken little girl again, convinced that she wasn’t worth loving and that her mother begrudged the very air she breathed. It took two days of conscious mindfulness and meditation before I felt like myself again.

In my parents’ legalistic, Fundamentalist view, my behavior was sinful. It was obviously my choice, and proof that I was not a “good girl”. I do not believe the way they do, and years ago (with the help of a string of great therapists), I realized their inability to accept me as I am was their problem, not mine. But despite all that, at a deep, core level, I still believe the message: I am inherently, fatally flawed and without hope of salvation or redemption.

One of the few secrets I posted to Postsecret was about that feeling. It was on the now-defunct Postsecret app, and it said, “I’m a Christian, but my Fundamentalist parents wouldn’t go to a Heaven that would let me in.”

My diagnosis is technically ADHD with Inattentive Presentation. It’s possible I’m also hyperactive, but  I don’t remember enough about my childhood to be certain. Regardless, I have ADHD.

And personally? I think hyper focus is my superpower. I can get an incredible lot done in very little time because of it. Case in point: I wrote a 120,000-word futuristic novel between November 1 and January 24.

The real shock was a co-mordibity of “severe anxiety”.

Oh, I know I have anxiety. It’s kinda hard not to realize that. But I have been under extreme stress for most of the last ten years. All five of the most stressful life events happened within a short span of years (no, I didn’t get divorced, but I’ll admit it felt touch-and-go for a while).

But since moving to Fairbanks almost a year and a half ago, everything has been so much better. I love it here. I’m sleeping well and eating right. I’m meditating. I was exercising regularly until the gyms closed. I’m reading voraciously. And I’m writing again. I’m happy!

So the shock isn’t that I have anxiety. The shock is thinking that if my current anxiety level is severe…how the heck did I survive the last ten years?!