Yesterday I had one of the sweetest experiences a fiction writer can have.

I’ve been working on my nanonovel: The Truthspeakers. I’m at 85,000 words, and I want to finish it this week because I have a workshop starting in a week.

In the past, when I wanted to get a lot done fast, I’d check myself into a hotel with room service and not leave my room for a week. I’d work until I got sleepy, then sleep until I woke up. Rinse and repeat. I’d lose track of any semblance of a “normal” schedule and pretty much live in my fictional world. 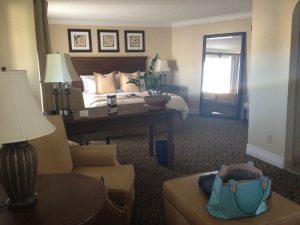 It worked very well for me because my subconscious would work furiously while I was asleep, and I’d get up and go straight to the computer to capture what the boys in the basement dictated. My subconscious is a much better storyteller than I will ever be.

I haven’t done one of those hotel retreats for years. First my life was insane, and then we couldn’t afford it. And now, COVID. But it occurred to me that since I have no outside commitments (again, COVID), maybe I could do a DIY retreat, especially since Mars has offered to be my room service (he makes a mean dry martini!).

I started Wednesday, and I’ve written about fifteen thousand words so far. I figure I have about fifteen more to finish the first draft.

Yesterday, magic happened. I was writing a very complex scene. Mostly conversation, but it’s the scene where my protagonist is most deeply conflicted. I’d written five or six little bits of dialogue, just grabbing them as they came. But I hadn’t yet planned the scene.

One of the ways to structure a scene is to have the POV character come into the scene wanting something specific. She tries to get what she wants but fails. So she tries a different tack but fails again. She tries once more and fails or succeeds (it doesn’t matter). Either way something happens that kicks off a new goal for the next scene.

The moment I started planning the scene structure, I realized my POV character already had a clear goal because of something that happened in the previous scene: she wants to get medical treatment for someone she cares about. Hurrah! That’s exactly how it’s supposed to work.

Then I realized my snippets of dialogue fell very neatly into three different ways she might try to meet her goal. First she asks nicely, but the person in control refuses. Next, she threatens, but that doesn’t work either. When he calls her on it, she argues that she was offering a bargain rather than a threat.

At that point in the planning, the scene took an unexpected twist. The other character in the scene offered a bargain of his own: a Sophie’s-Choice-type bargain. Great stuff, right?!

I started drafting the scene, and it went very smoothly even though I was stitching in these bits of pre-written conversation. I got to the part where the other character offers my protagonist a devil’s deal…and the character just took over (he was a little angry).

He not only forced her to make the impossible choice I had planned—a choice where not making a decision is even worse—he used her own words to turn the screw. Whoa! Where did that come from?!

But then he increased the stakes by an order of magnitude. He made an argument that was absolutely convincing for the outcome he wanted. A statement so True that I realized and my character realized it changed everything. Including the end of the book.

It was information I didn’t have. Once he stated it out loud, it was obvious, but it hadn’t occurred to me.

My character knew something I did not know, and he acted on it.