Gotta tell you about my Valentine’s Day. It did not turn out as planned.

Our church hosted a dinner for Valentine’s Day, all inclusive regardless of relationship status. As soon as I heard there was to be a dessert competition, I wanted to win it. I mean, I really wanted to win it. 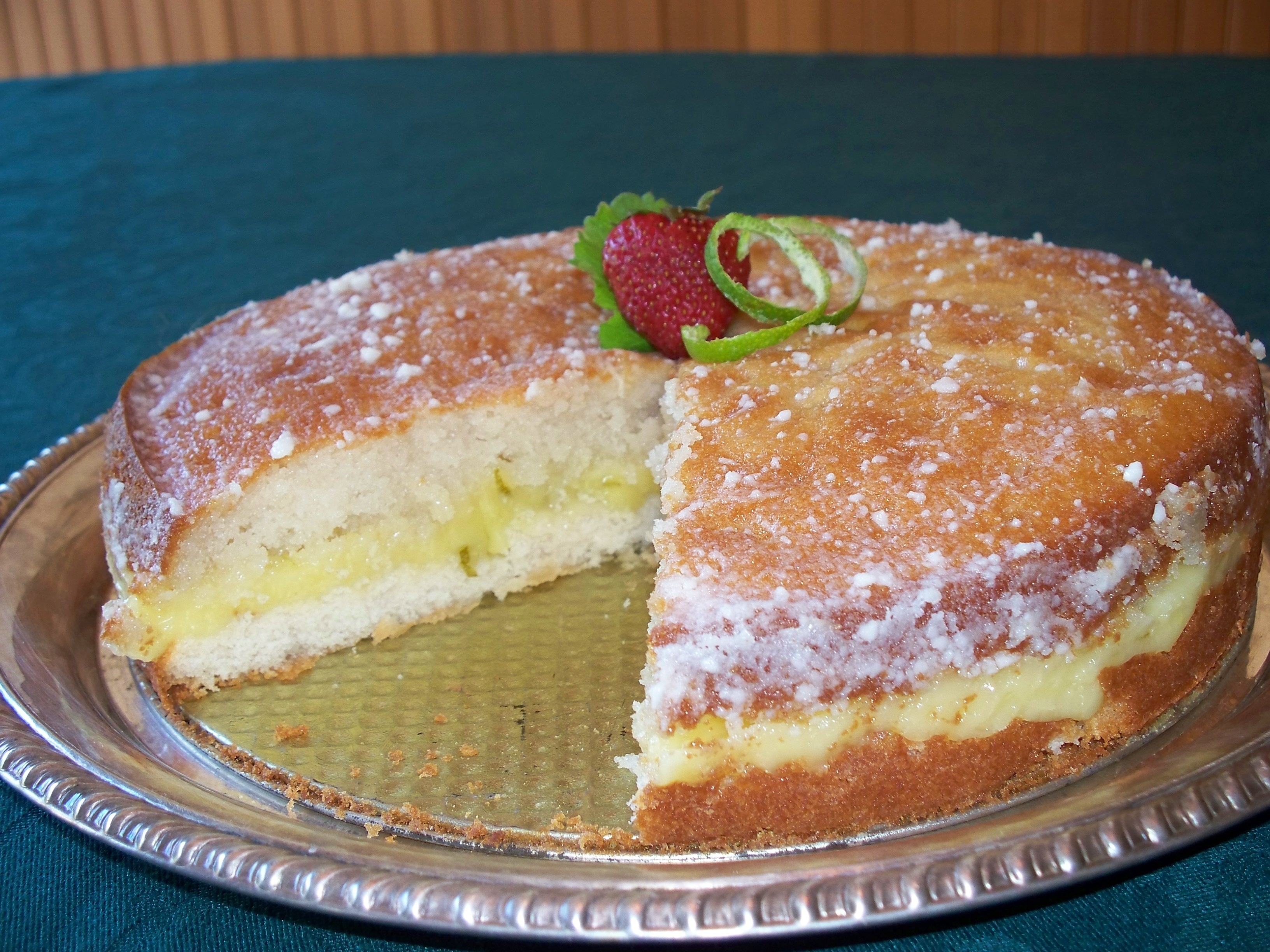 And I had just the dessert: a fabulous cake that I created, Lime Upon Lime Cake. It’s a bit of a chore to make, but with ingredients like lime juice, lime zest, real butter, and homemade lime curd, you know it’s worth making!

So I bought all the ingredients and blocked out time to make the cake.

Life got in the way. This has been an extremely stressful week, and I have spent many, many, many hours dealing with personal issues. And I forgot The Animator had an hair appointment in the middle of my cake baking time, and piano tuner had a slot open … blah blah blah.

Short version is that I realized I didn’t have time to make my amazing lime cake. I happened to have all the ingredients (I thought!) to make a Toffee Pecan Caramel Pound Cake though, so I changed plans.

I’d never made the new toffee cake before, but it also had never-fail ingredients. I figured it would be delicious even if it wasn’t as taste-bud sparkling as my cake. It wouldn’t win any awards (it’s a bundt cake, for heavens sake!), but I thought people would like it.

One thing happened and then another … and it was 2:30 before I started baking. For a cake that had to bake for 90 minutes and a dinner that started at 6 p.m. Ouch!

I followed Jen’s instructions to make sure it would release: buttered well, floured, and then put the empty bundt pan in the refrigerator while I creamed the butter and sugar, etc. I made certain the butter, cream, and eggs were all at room temperature. Everything went fine.

Then I popped it in the oven and set the timer for 70 minutes (the recipe says 70-90 minutes, depending on a whole bunch of factors).

At 70 minutes, though, the first toothpick came out with stuff on it. The next two were clean (different parts of the cake), but then I had two more dirty ones. I couldn’t tell if the cake was not cooked through or if maybe I was hitting pockets of melted Heath bar bits.

I put it back in for five more minutes. Rinse and Repeat. Three more times! By then, I didn’t even check the toothpick. I was not going to cook it five more minutes, especially since we were already going to be a few minutes late. I just took it out and set it to cool 15 minutes while I made the caramel sauce.

We didn’t have enough brown sugar. I knew the canister was low, but we always have an extra bag in the pantry of staples. We have a routine, and it works. I write it down when I take the spare bag out of the pantry.

But the routine failed us somehow. We had extra bags of flour, sugar, powdered sugar, etc. — but no brown sugar.

It was 30 below, but Mars bundled up in his heavy coat and boots, and went across the street to borrow a cup of brown sugar while I melted the butter for the caramel sauce and measured out the other ingredients.

When he came back, I threw in the brown sugar and turned up the heat. I left Mars stirring constantly while I dashed upstairs, changed my clothes and threw on a bare minimum of makeup (I forgot lipstick).

Back in the kitchen, I put a pretty pottery tray across the Bundt pan, said a quick prayer and turned it over. I tapped the pan a few times, gulped, and lifted it off.

The cake slid right out. Yay! And thanks, Jen!

But it didn’t look pretty at all. There were clumps of buttery flour where I’d laid it on rather thick, and the rest of the cake was far too dark. And it smelt burnt. I tried to tell myself that caramel is sorta like burnt sugar, but I felt pretty wretched and incompetent.

The caramel sauce, however, was spectacular, and I knew it would cover a lot of sins spooned over a slice of cake. It wouldn’t win any prizes, but I thought people like still like eating it. We grabbed the food and hurried to church.

As I walked in, somebody saw my platter and said, “You bring the winning dessert?” (I may have developed a small reputation for bringing notable homemade food. Just sayin’)

I cringed and said, “I didn’t bring it! Not this time!

I walked over to the dessert table and felt a gut punch. The desserts were lovely. One woman made homemade chocolate tartlets with strawberry mouse topped with fresh strawberry slices. Another made a two-layer heart-shaped chocolate cake with buttercream frosting and homemade white chocolate garnishes. There was homemade shortbread and lemon pound cake and peanut butter pie and brownies and lemon curd tarts with blueberries, and an amazing thing that looked like Nanaimo bars but wasn’t.

And every single dessert was gorgeous. My heart sank as I set down my burned, floury bundt cake. I spooned the caramel sauce over the cake, which helped. At least it covered the buttery flour lumps. Then I walked away, hoping nobody knew which one was mine. Mars told me later he made a point of cutting a few slices because the inside didn’t look as burned.

I eat slow, so by the time I went back to sample the desserts, most people had been hitting the table. My cake was about half gone, which was a huge relief.

While I was scooping up a bit of the Nanaimo-bar thing, the guy taking official photos came up. “Hey, Katrina! Your cake was stupendous!”

He nodded. “The one with the caramel sauce, right? That was great too. Made me think that’s what caramel sauce is supposed to taste like.”

I could feel a sappy grin splash over my face. “Nobody’s ever called something I cooked stupendous. I like stupendous!”

I went back to my table, delighted by the compliment but mostly just relieved that my cake wasn’t the disaster I had thought it would be.

Then I took a bite of my cake. OMG. He was right. It was stupendous! It still wasn’t pretty like all the other desserts, but man, was it delicious.

Still, I didn’t expect anything when they got to the part where they announced the winners. There wasn’t any real criterion, after all, and ALL the other desserts looked better than mine. My lime cake might have won, but not the one I brought.

The first prize was for the dessert that was most typically Lutheran. That made me laugh — and relax. Obviously it wasn’t a serious competition.

The next prize was for the best Jell-O based dessert, and we all roared with laughter and shock when they announced there was no winner because … wait for it … not one person had brought a dessert made with Jell-O.

Finally he got to the “Crowd Pleaser” dessert category. The judges chose this one based on which serving tray was the most picked over, where people were actually picking up crumbs and scraping off stray bits from the side.

I was shocked — and delighted — when he announced my name. Apparently my church family had found my too-dark, simple bundt cake delicious. It was the perfect category to win, especially with a dessert that wasn’t pretty.

The grand prize was decided by votes. We all got a small package of M&Ms, and each piece of candy was a vote. We could put them all in the jar for one dessert or divide them up among several … or even just eat them. Like I said, it wasn’t a serious competition.

Imagine my shock when he called my name a second time. I was most embarrassed. Lutherans tend to be compulsively fair and inclusive. Nobody gets two prizes!

But I did. And several people asked for the recipe. So … thanks, Jen! Your recipe was stupendous!!

I may have just found the cake to represent my 50s.