Miscarriage: More Common Than You Think 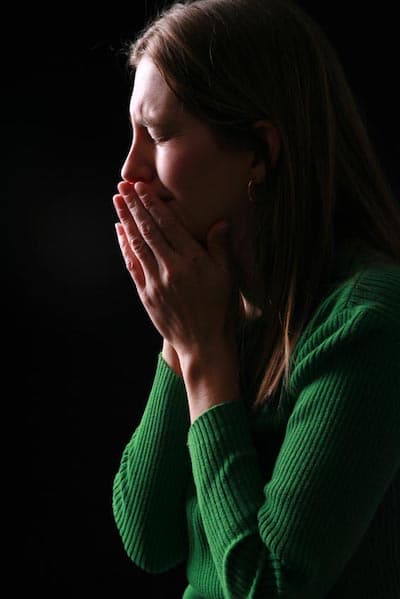 But it’s not true. A woman who miscarries loses more than that. She loses her innocent belief that “family planning” is something she can control. She loses her hope for a fairy-tale ending. She loses, forever, any unadulterated joy she might have had when she learned she was pregnant. And she loses her heart.

The emotional response to miscarriage is partly hormonal (hence physical), and grieving would-be mothers fail to understand this. One of the midwives in my novel Old Fabric, New Patterns makes the comment, “Miscarriage is postpartum depression—without the baby to cuddle or the tranquilizing effects of breastfeeding.”

But it’s also partly due, I believe, to the stigma attached. For many centuries, a childless woman was called barren, and treated like a liability. Thank goodness, that’s ended! But still…we don’t talk about miscarriage. How many people do you know who have had a miscarriage (if you’ve had one yourself, think about how many you knew of before your own)? Seriously, think of a number.

Miscarriage is far more common than most people think. Studies estimate as many as one in five pregnancies end in miscarriage (defined as loss of pregnancy before 20 weeks; after that, it’s considered stillbirth). But that’s pregnancies, not “pregnant women.” So yes, there are many women who will never experience miscarriage. And others, like me, who had their share and more.

But even so, one in twenty couples will experience two consecutive miscarriages, and one in a hundred will experience three or more. And yes, you know many of them, whether you realize it or not.

Miscarriage often goes hand in hand with infertility, driving the stake even further. In my case, I spent fifteen years actively trying to conceive; I have three children. Do the math. It means 144 times I wept when I started my period. I’ve had two documented miscarriages (one at 14.5 weeks, the other at 12), another two that doctors accept but which occurred before a positive pregnancy test, and a number of suspiciously heavy and painful “late periods.”

Women deal with miscarriage in a lot of different ways. Some of my grief was eased by the later births of my children (each of whom was a miracle after a difficult pregnancy punctuated by contractions that started at the end of the first trimester).

But grateful as I am for these beautiful children, they cannot assuage the pain completely. I still grieve for those babies I never held, babies the medical establishment treated as “products of conception,” something to run tests on and dispose.

So I wrote about it. From my grief came Old Fabric, New Patterns, the story of a middle-aged woman trying to find a meaningful life after miscarriage.

If you’ve had a miscarriage and it still hurts, express the pain. Write it, paint it, sculpt it, sing it. Talk about it to a therapist or other women who belong to our exclusive club.

With my first miscarriage (the only one managed in a hospital), the bloody basin was whisked away without my ever being allowed to see it. Ten years later, when a friend of mine delivered a full-term baby she knew was already stillborn, the hospital let her keep the baby with her, in her room, for more than a day–until she was ready to let it go.

Granted, many doctors are concrete thinkers, hence it’s much easier to understand why a woman would need to grieve a full-term baby that is stillborn. After all, it looks like a baby. But even that is a change from the days when my older sisters were giving birth, and husbands were not even allowed in the room when a healthy baby was being born.

These changes occurred because women expressed their pain–and their opinions. As the medical establishment begins to understand a mother’s grief, hopefully all mothers will be allowed time to say goodbye to stillborn babes.

But I can dream bigger. Perhaps if the medical community understood how similar grieving a miscarriage can be to grieving a stillborn baby, women with a first trimester miscarriage also would receive support to properly grieve and move past the experience. And perhaps if we begin to talk about miscarriage openly, more women will go into pregnancy understanding the risks, and be less blind-sided if they do lose the baby. And less shocked when, after she leaves the hospital, half the women in her life come to her privately to say, “I had one too. It’s hell, isn’t it?”

> More information, support or to find others in your community.